Dental hygiene seems to be a pretty straightforward thing. You brush twice a day, floss and rinse at night, and visit the dentist twice a year.

At least, it should be that easy. But most adults in North Vancouver either don’t brush long enough or skip the floss, so the condition of their teeth and gums starts to suffer.

And that’s just the risks in your mouth, not including the impact on your overall general health!

One reason many adults don’t floss is because of the inflammation and bleeding of their gums. The logic follows that since brushing makes the gums bleed, flossing will make them worse and should be avoided. The reason this line of thought is actually false is based on what has caused the bleeding:

Bleeding Gums Are Not Caused by Brushing and Flossing!

Though it appears that a vigorous brushing or flossing causes gums to bleed, that’s far from the truth.

When you don’t floss, plaque biofilm accumulates into a permanent, hard substance called “calculus” or “tartar.”  It’s like a bio-cement on your teeth, teeming with bacteria. These tiny germs excrete toxins that seep into the gums and bone around your teeth, causing inflammation and redness. When irritated with a toothbrush, the infected gums can start to bleed.

You Can Stop Your Bleeding Gums

The real culprit of bleeding gums are the bacteria living and breeding between your teeth and under the gums.

There are three ways you can work to get rid of the plaque and buildup:

Keeping your teeth and gums clean is an important part of your dental and overall health. Don’t let a little swelling or bleeding stop you from flossing; the more you floss, the less your gums will bleed! Of course, the only way to get rid of calcified buildup on your teeth is to have a professional cleaning.

Schedule your appointment with the gentle dental professionals at Pier Dental Centre today.

0 comments on “Flossing vs. Bleeding Gums: Make The Right Choice!” 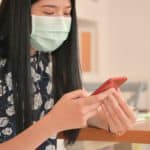 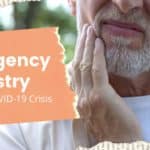 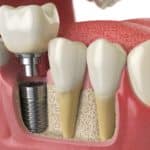 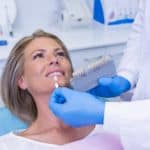