Have you ever looked at the equipment in your dentist’s office or the dental products in your bathroom cupboard and wondered, “How did people care for their teeth before all this?” The history of dentistry is an interesting and complex one. We’ll briefly take you through what dentistry looked like in ancient times, and how it has evolved into the practices we know well today.

Historians have been documenting the development of dental tools and techniques for thousands of years, dating back to 3000 BCE. Many ancient cultures, including the Romans, Etruscans, and Egyptians, used dental tools somewhat similar to modern toothbrushes and toothpaste—except our ancestors often chewed on twigs to clean their teeth and eventual toothpowders included unusual ingredients like crushed bones and ash! The ancient Chinese were also known to use toothpowders, but with more appealing ingredients like mint and ginger.

Although ancient cultures did employ some form of dental care, it wasn’t until 1000 AD that the first known professional dental tool to remove tartar was written about by an Arabic surgeon named Albucasis.

The Beginning of Modern Dentistry

Toothbrushes have evolved greatly over the last few thousands of years, from ancient chewing sticks to the first modern toothbrush made around 200 AD. Animal hair, including pig’s hair and even horse hair, was a common material utilized for the bristles early toothbrushes.

The seeds of modern dentistry were planted when Pierre Fauchard, a French physician, published the first comprehensive medical text on dental procedures called The Surgical Dentist in 1728. It was the first time that oral health issues, including gum disease, orthodontics, and surgery, were discussed in depth. Eventually, The Surgical Dentist sparked further interest in exploring the importance of oral health and ways to treat dental disease, paving the way to establishing dentistry as its own field.

The Rise of Preventive Dental Care

In the Middle Ages, it was virtually expected that many of your teeth would rot and need to be pulled. Some brides throughout history have even had prenuptial teeth extractions before problems occurred to save their husbands from later dental expenses! But finally, preventive dentistry came to the fore in the 19th and 20th centuries, when the prevention of tooth decay and tooth loss began to be taken more seriously. In 1917, the first dental hygienist became licensed to practice in the United States. And about 20 years after that, the modern toothbrush was introduced in the United States. After World War II, it became a standard household practice to brush and floss your teeth every day.

Dentistry has developed rapidly over the last few thousand years. We are grateful for all of the modern technology and tools that we can employ today, such as pain-free dentistry, easier ways to prevent and detect decay, dental sedation methods, realistic-looking dental implants, effective teeth whitening services, and more. Be a part of this incredible history by scheduling your routine cleaning and exam at Pier Dental Care! Contact us to learn how our services can meet your unique smile needs.

0 comments on “The History of Dentistry” 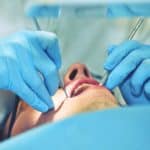 An Introduction to Sedation Dentistry in North Vancouver 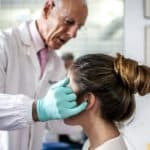 Is TMJ A Dental Emergency? 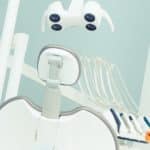 How Can I Access Dental Care In North Vancouver During COVID-19? 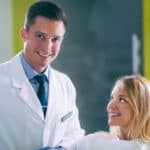 Home Teeth Whitening During COVID – What You Need To Know 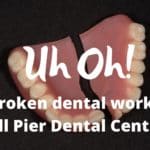